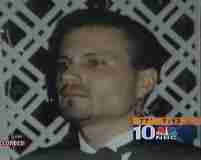 Sal is back in the laptop business! He scammed at least two eBay users before getting his account terminated this time... one of them got refunded by eBay, but John Peters, at least, is still out over $1200 for two nonexistent laptops. Read the whole sordid story... my apologies for not putting the messages in order, that gmail HTML is horrid...

It really makes one wonder if eBay has made any attempt at preventing repeat offenders from signing up; if the FBI, the Pennsylvania State Police, and the Philadephia PD have any concern whatsoever for how incompetent this makes them look; and if Sal will ever be anything but a low-level mob flunky.

Note: Sal has repaid the $405, along with other refunds to several other victims, after the intense negative publicity due to Slashdot.org and NBC Channel 10 in Philadelphia!
Salvatore Wise, Jr., or someone going by that alias for several years at least (verified since 1997), has taken tens of thousands, and perhaps hundreds of thousands, of dollars from eBay shoppers. Whether or not he does other types of online trading is not yet known to me.

"How could that be possible?", you must be asking. Surely there are safeguards against that kind of thing, right? Yes, there are. But Sal has been ingenious in finding workarounds for those safeguards. See, for example, how Justin Spence, a shrewd businessman himself who was initially suspect of Sal's integrity, was conned into finishing the deal. Sal doesn't accept credit cards nor Paypal in any form; he wants his money in checks, cashiers checks or money orders. And he often makes believe he hasn't received your payment when in fact he's already cashed it.

Sal's accounts have all been terminated, of course, but he always seems to have one more on the back burner he can use in a pinch. Lately, his wife Michelle Heinlein appears to be actively involved, since in at least one case a check made out to her name was cashed, in one of the scams. Notice the same trading pattern as Sal's former username needforspeed97, starting off good then, once he gets a good reputation, cashing it in for a few thousand dollars before eBay kicks him off. I'm pretty sure this guy Robyn, needforspeed, is the same dude too, but Sal of course denies it.

I'll post more info as I can. Watch out for anybody on eBay from PA who sells high-dollar items. Sorry Pennsylvanians, but you've got a scoundrel in your midst. He used to live at 1941 W. Passyunk Ave. in Philadelphia and he still hangs out around there, and apparently can still pick up his mail there. I don't yet know his current address. But he sometimes sets his eBay "area" identity as Pittsburgh, and ain't no way he lives anywhere outside of the Philadelphia metro area. Also just found out today (July 29) from username Swimmer on Justin's bulletin board that there's a username bbsal on eBay which is still active, and damned if the feedback he left doesn't look just like that of Sal's other accounts.

At that time in late 2003 that I realized I'd been "had", I started doing some research on the web. There's a site called search systems I found through google that helps you find various databases that don't get indexed by search engines, and I found this record of an auto accident civil suit with Sal successfully screwing $6500 out of Rodney Thomas, Jr. That's how I got his full name with the "Jr.".

So if I knew where he lived, why didn't I just go break his legs? Believe me, I thought about it, but I didn't want to do something illegal that'd get me thrown in jail. Besides, he threatened to shoot me if I came there. So if the threat turned out to be real, I'd either have had to kill him or get killed myself, either of which has consequences I didn't want to consider. And on top of all that, I'm a coward.

After Justin linked to this page, Sal started emailing me again... So I've moved the conversation to my blog.